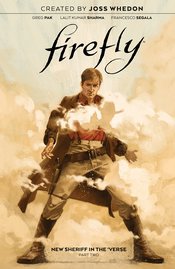 DC are still pumping out the new titles, starting this week with Future State: Aquaman #1 (Brandon Thomas, Daniel Sampere), and when Jackson Hyde accepted the mantle of Aquaman, he didn’t expect to also have to mentor Andy Curry, Arthur and Mera’s teen daughter. Nor did he expect that he and Andy would get sucked into the Confluence-an interdimensional nexus that connects distant planets and galaxies through the One Great Ocean.

﻿Future State: Batman Superman﻿ #1 (Gene Luen Yang, Ben Oliver) Gotham’s sinister overlords have sprung the ultimate trap on the Last Son of Krypton…and with Kryptonian power at your command, no one can stand in your way! Welcome to Lexor, home of the greatest businessman in the Multiverse: Lex Luthor! After years of prosperity, Lex’s utopia is at last ready to join the ranks of the United Planets and promote peace among worlds. However, Lex has never done anything unless he had something to gain from it. What could he be up to this time? Sounds like a job for Superman and his wife Lois Lane, the Earth representative to the U.P.! It’s time the Man of Steel shut down this former Metropolis magnate once and for all in Future State: Superman Vs. Imperious Lex #1 (Mark Russell, Steve Pugh)

In Future State: Suicide Squad #1 (Jeremy Adams, Robbie Thompson, Javier Fernandez, Fernando Pasarin) Amanda Waller uses Task Force X to save the world and remake it in her image – but what happens when the team shows up to stop her? And in the second story in this extra-sized issue, Black Adam, the immortal one-time champion of the wizard Shazam, rules the planet Kahndaq in the 853rd century. Can he save the future from a threat rooted in the past?

Find out the fates of all your favorite Legionnaires like Shadow Lass, Triplicate Girl, Brainiac Five, and Bouncing Boy. Plus, a shocking twist in the Legion mythology – and a long overdue appearance by the Legion of Substitute Heroes! It’s all here in Future State: Legion of Super-Heroes #1 (Brian Michael Bendis, Riley Rossmo).

Back in the current timeline, Zatanna may have a spell to ensure victory…there’s always a price in Justice League Dark vol. 4, and paranoia rules the streets while crime-fighting couple Hawk and Dove lead ordinary citizens in an uprising against the rich-but former Doom Patrol member Mento is pulling their strings in Titans: Burning Rage (Dan Jurgens, Scot Eaton)!

Back by popular demand, it’s Nadia Van Dyne in the Unstoppable Wasp: AIM Escape (Jeremy Whitley, Gurihiru, Alti Firmansyah)! With the support of the original Wasp, Janet Van Dyne, there’s no problem Nadia and the Agents of G.I.R.L. can’t solve! But the Genius In action Research Labs isn’t the only acronym-toting science organization out there, and the ruthless A.I.M. is gunning for them! But who is A.I.M.’s new super-powered lieutenant? How does this fearsome foe know Nadia? And how does A.I.M.’s plan involve her father, Hank Pym? Plus: A girls’ night out for Nadia! G.I.R.L. prepares for its big science-expo debut! And Jan throws Nadia her first birthday party – quite possibly the best one the Marvel Universe has ever seen! But the final showdown between G.I.R.L. and A.I.M. is looming, and only one team of super-scientists can come out on top!

An office of dead government agents. A gifted new killer. Two ex-Captain Americas: Falcon and Winter Soldier: Cut Off One Head (Derek Landy, Federico Vicentini). The rogue archaeologist returns with a new crew and a new mission in Star Wars: Doctor Aphra: Fortune and Fate (Alyssa Wong, Marika Cresta)! With the Rebel Alliance on the run after their defeat at the Battle of Hoth, it’s never been a more dangerous time for outlaws and scoundrels. But after a string of bad luck and near escapes, Doctor Aphra is back on the job – hunting the score of a lifetime that’s too good to pass up

Loot #1 (Don Handfield, Richard Rayner, K. Lynn Smith) is the tale of Emily ‘Doe’: orphaned at birth, serial kleptomaniac, lucky to be adopted by Viola Jackson, the cop who kept arresting her. Now grown-up (sort of), Emily D. Jackson works for her newly retired mom in loss prevention at a big box superstore by day and turns her passion for theft into part-time treasure hunting on the side.

It’s back to basics in Warcorns: Combat Unicorns for Hire (Garrett Gunn, Kit Wallis) as Big Sarge, Gunney, and Floater enlist in Warcorns Division and try to survive basic training! This all-new adventure is a prequel to the critically acclaimed Warcorns one-shot.

It is 150 years in the future, the city of Ascencia towers above its sister city Bethany in perpetual dominance. The city of immortals, a power resides in Ascencia coveted by all but accessible to few. This is the story of what one would do to become immortal. Who they would abandon. who they would betray. And ultimately what price they would pay to remain in Ascencia #1 (John Dolmayan, Tony Parker).

Jonny is an old-model crash test dummy who’s been repurposed as a hitman for the Don Vito Coriaci of sprawling ocean bound city-state Santa Clara City. Jonny is loyal and follows orders to the T, until his latest mission when he’s tasked with bringing in a mermaid, a delicacy with healing properties When Johnny falls in love with the mermaid and decides to save her, the chase is on in Sweet Downfall #1 (Stefano Cardoselli).

Three years ago, Vampires announced their presence to the world in grand fashion; in one instant, Angel lost her two best friends and her existence changed forever. Now, as a member of the Vampire Bounty Hunter Union, and with the help of her ancient vampiric mentor Jessamy, she’s out to track down the bloodthirsty monsters who destroyed her life. She is… Stake #1 (David A Byrne (A) Francesca Fantini)

The nicest kids in town get a makeover in Riverdale Presents: South Side Serpents (David Barnett, Richard Ortiz). Hunted by the most fearsome biker gangs in the state, an unwilling Jughead has to step up into the role of leader to guide the Serpents biker gang on a perilous journey. There will be adventure, there will be thrills, there will be chases, and there will be death in this special one-shot event featuring fan-favorite characters from the CW Riverdale series

Rick and Morty presents Death Stalkers #1 (Stephanie Phillips (A/CA) Ryan Lee) is set in the ruins of Seattle, where Hemorrhage searches for more Isotope-322 to clear his name of a most heinous crime: being boring. Spurred on by the Death Stalkers, Hemorrhage faces hordes of mutants alone, and finds much more than a glowing rock to bring peace to his heart. Oh, and Rick, Morty, and Summer are there to blow s**t up, too.

The walls separating Detective Rowan Black’s worlds of witchcraft and police work have begun to crumble, and the forces targeting her are now revealed in Black Magick vol. 3 (Greg Rucka, Nicola Scott). Meanwhile, a trip into an abandoned industrial building leads to another world, a plan begins to unfold-create a documentary about the world and become filthy, filthy rich. The other side of the portal is filled with monsters, magic and a chance for a whole new life in By Night vol. 1 (John Allison, Christine Larsen).

Constable Odo searches for truth amid a web of treachery and lies but everyone on the Promanade has a motive for this murder, be it vengeance, justice, or old-fashioned greed. Return to DS9 as death casts its shadow on the space station in the murder-mystery Star Trek Deep Space 9: Too Long A Sacrifice (Scott Tipton, Denton J. Tipton, Greg Scott)

When the notorious outlaw Mal Reynolds agreed to wear a sheriff’s badge, he figured he could change a thing or two about how “justice” is dispensed in the ‘Verse. And maybe he did. But his former crew members on Serenity are about to find out if the badge has changed him — when he finally throws them in jail! Find out the rest in Firefly: New Sheriff in the ‘Verse vol. 2 (Greg Pak, Lalit Kumar Sharma).

Warhammer 40,000: Lone Wolves (Dan Abnett, Karl Richardson) is a classic Black Library graphic novel, colorised for the first time! Shadrac,  an isolated Imperium world at the mercy of the insidious tyranid menace. All resistance has fallen, all hope has been extinguished. Only one last of survivors remains and their time is quickly running out as more and more of the tyranid host closes in on them. As the alien horde makes its final advance, all that can save them is a miracle. And then it arrives.

It’s been a year since the horrific events at Freddy Fazbear’s Pizza, and Charlie is just trying to move on. Even with the excitement of a new school and a fresh start, she’s still haunted by nightmares of a masked murderer and four gruesome animatronic puppets in Five Nights At Freddy’s: The Twisted Ones (Scott Cawthon, Kira Breed-Wrisley, Claudia Aguirre)

The tale of these samurai and their epic mission to avenge their wronged master is the story of Japan. Opening with the tragic incident that sealed the fate of Lord Asano, 47 Ronin (Mike Richardson, Stan Sakai) follows a dedicated group of his vassals on their years-long path of vengeance!

Digital Lizards of Doom (Gabriel Valentin, Ernie Najera) represents a brand new way of story-telling within the graphic novel medium, as the story is told with a combination of full-page artwork and a new dialogue system that pushes the boundaries of the format.

The mystery-solving teens of Tackleford are finding out that not every summer is a perfect one in Bad Machinery: The Case of the Severed Alliance (John Allison), the tenth and final pocket sized volume in the series.

Meet Long John McRon, Ship’s Cook – and the most unusual babysitter you’ve ever seen. Long John has a whole crew of wild pirates in tow, and – for one boy and his sister – he’s about to transform a perfectly ordinary evening into a riotous adventure beneath a pirate moon in Pirate Stew (Neil Gaiman, Chris Riddell)

An unknown planet emerges from inside a wormhole, and its discoverer, Dr. Oguro, christens the celestial body “Remina” after his own daughter. His finding is met with great fanfare, and Remina herself rises to fame. However, the planet picks up speed as it moves along in its curious orbit, eliminating planets and stars one after another until finally Earth itself faces extinction… Is the girl Remina the true cause of the catastrophe? Remina (Junji Ito) is a masterwork of horror unfolding on a universal scale.

Alchemy tore the Elric brothers’ bodies apart. Can their bond make them whole again in Fullmetal Alchemist: Fullmetal Edition vol. 11 (Hiromu Arakawa), and Asirpa’s quest to find out about her father has led her to a Russian prison on the frozen coast of Karafuto in hopes of breaking out Sofia, a former revolutionary in ﻿Golden Kamuy vol. 19 (Satoru Noda).

Yuzu-sensei has a reward she wants to give Shota-in her bedroom! Before Shota can find out just what she wants to give him, Karen decides it’s time he got to know his classmates a bit better in Worlds End Harem: Fantasia vol. 3 (Link, SAVAN).