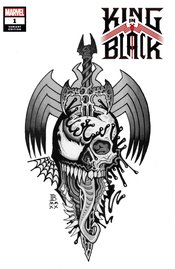 England comes out of lockdown this week just in time for New Comic Book Day and there is a whole lotta rosie hitting the racks to choose from, so lets dive straight in…

Long awaited and hitting the racks this week is Batman Catwoman #1 (Tom King, Clay Mann), a sweeping tale told across three timelines: the past, when the Bat and the Cat first fell in love; the present, where their union is threatened by one of Batman’s lost loves; and the future, where the couple have a happy life and legacy-including their daughter Helena, the Batwoman. But can Bruce shake Selena all night long, and keep her away from her old ways?

Hells bells! The (latest) crossover event of the season begins here! The Justice League encounters an extinction-level global storm brewing at the former site of the Fortress of Solitude in Justice League: Endless Winter, but how does the appearance of a new big bad tie in to longstanding DC character such as Swamp Thing, Queen Hippolyta and Black Adam?

Another week, and dark and brooding book from DC: Cursed by the evil goddess of magic, Hecate, our beloved Diana has become a weapon of vengeance ready to tear down any god or superhero that stands in her way in Tales from the Dark Multiverse: Wonder Woman: War of the Gods. At the other end of the scale it’s fun for the whole family as there are all sorts of awesome adventures in Teen Titans: Beast Boy and Raven (Art Baltazar, Franco).

Princess Diana of Themyscira awakens from a centuries-long sleep to discover the Earth reduced to a nuclear wasteland in Wonder Woman: Dead Earth (Daniel Warren Johnson), and Hal Jordan and the Green Lanterns must put the world back together after the battles that weakened the Corps to less than a shadow of what it once was in the Green Lantern: Season 2 hardcover vol. 1 (Grant Morrison, Liam Sharp)

The grand unveiling of The Union #1 (Paul Grist, Andrea Di Vito)! A team of super heroes gathered from all over the United Kingdom, featuring Union Jack, Snakes, Kelpie, Choir, and their fearless leader, Brittania! But the Empyre is coming and they’ll be thunderstruck when they realise what it means for the teams future almost before they’ve even started.

The first family have earned some much-needed time away from the job, and Reed has planned a – well, fantastic – old-fashioned family vacation to the Grand Canyon for some good rest, relaxation and team-bonding time. But this is Fantastic Four: Road Trip #1 (Christopher Cantwell, Filipe Andrade) and they might just be on the highway to hell…

After a campaign across the galaxy, Knull’s death march arrives to Earth and, worse yet, he hasn’t come alone! With an army of hundreds of thousands of symbiote dragons at his command, the King in Black #1 (Donny Cates, Ryan Stegman) is a force unlike any Earth’s heroes have ever faced. If you’re now sure who he is then good news! The god of the symbiotes will haunt your nightmares as we celebrate the legacy of the House of Ideas with Knull: Marvel Tales (Donny Cates, Ryan Stegman, Danilo Beyruth, Mark Bagley).

MODOK: Head Games (Jordan Blum, Patton Oswalt, Scott Hepburn) is a journey in to the mind of one of the biggest heads in the Marvel Universe. Literally.

The summer event Empyre strikes back in Captain Marvel vol. 4 (Kelly Thompson, Francesco Manna, Cory Smith), and there are new New Mutants (Ed Brisson, Flaviano, Marco Failla) as the youth of Krakoa lead an outreach party, seeking young mutants who have chosen not to come to the new mutant homeland.

Charles Xavier is dead – killed twenty years in the past during a time-travel accident – and the world created by his absence is a nightmare! Apocalypse rules with an iron fist, ruthlessly enforcing his dictum that only the strong shall survive. But hidden in the long shadow of En Sabah Nur is a group of ragtag freedom fighters led by Xavier’s oldest friend, Magneto – read their story in a new printing of X-Men Alpha: The Age of Apocalypse (Scott Lobdell, Roger Cruz, more).

It is the end of an era in Lumberjanes: The End Of Summer (Kat Leyh, Shannon Watters, Brooklyn Allen, Kanesha C. Bryant).

Years after Hellboy’s ill-fated tangle with the Beast of Vargu, the Romani women who helped him need that debt repaid in Hellboy and The BPRD: Her Fatal Hour and The Sending (Mike Mignola, Tiernen Trevallion), and there is stand-up comedy to die for in Knock Em’ Dead #1 (Eliot Rahal, Mattia Monaco) as following his dreams leads to a nightmare for one wannabe comedian.

You’re fifteen years old. You’re suddenly granted incredible powers. Cool, right? There’s only one problem: you can only use your powers for ten minutes at a time. What do you do when you have to save the world but you only have ten minutes to do it? This is the problem faced in E Ratic #1 (Kaare Andrews), and it’s a long way to the top.

An illustrated feature chronicling ten personal accounts of life and death from the frontlines of COVID-19, Covid Chronicles (Ethan Sacks, Talajic Dalibor, Lee Loughridge) features true stories from a journalist, and are tales of hope amidst devastation.

Shoot to thrill in a game tie-in, as Tracer’s time as an Overwatch agent is up, but she has a new mission that might pull her back into the crosshairs in Overwatch: Trace – London Calling (Mariko Tamaki, Babs Tarr). Life as a beast hunter is never easy, but it is about to get a lot harder in Belle: Targeted Prey (Dave Franchini, Maria Sanapo), when the hunter becomes the hunted.

Presenting a new storyline of the New York Times best selling, Harvey and multiple Eisner Award-winner series about cops, crooks, cooks, cannibals, and clairvoyants is Chew vol. 7 (John Layman, Rob Guillory). Near death experiences grant supernatural powers in The Graveyard Wars vol. 1 (A. J. Lieberman, Andrew Sebastian Kwan) but as the name suggests not everyone wants to use their powers to the same ends.

Kill A Man (Steve Orlando, Philip Kennedy Johnson, Alec Morgan) is the tale of a champion fighter ostracised for his sexuality, who has only one hope to regain his former status – the help of the man who killed his father. Mercy (Mirka Andolfo) is a goth-inspired, Victorian monster series explores topics of “otherness,” damnation and redemption, and what it means to be a monster.

When the sun sets in the city of Manila, don’t you dare make a wrong turn and end up in that dimly- lit side of the metro, where blood-sucking aswang run the most-wanted kidnapping rings, where gigantic kapre are the kingpins of crime, and magical engkantos slip through the cracks and steal your most precious possessions. When crime takes a turn for the weird, the police call Alexandra Trese.  Trese vol. 1 (Budjette, Kajo Baldisimo ) features all new, redrawn artwork throughout, and includes a substantial bonus section with behind-the-scenes sketches, info and details on the making of the book

The Ginseng Roots collection (Craig Thompson) tells the story of the creators youth funding his comics habit by collecting traditional Chinese medicinal herbs in rural Wisconsin. A decade ago, 300,000 citizens of Philadelphia were suddenly lost in Oblivion. The government made every attempt to recover them, but after many years, they gave up. Nathan Cole…won’t. Find out why in Oblivion Song HC book 1 (Robert Kirkman, Annalisa Leoni, Lorenzo De Felici)

Explore every corner of Orsterra with the help of Octopath Traveller: The Complete Guide (Val Staples, Dan “Pixel” Eardley), which includes insight and explanation of the main narrative as well as boss strategies for each of the games’ eight protagonists!

After breaking a “curse” on the imperial heirs, a palace servant with training in herbal medicine is promoted up the ranks to food taster… and right into the thick of palace intrigue in The Apothecary Diaries (Natsu Hyuuga, Nekokurage ), a lushly illustrated period mystery series. Meanwhile angels and devils are fraternising in Einale and Dewiela vol. 1 (Karmome Shirahama).

Hero (Hiro Mashima) the new manga that brings together wizards, warriors, and spacefarers from every corner of the Hiro Mashima universe, including Fairy Tail, Rave Master, and Edens Zero. Then there is Mob Psycho 100: Reigen (One) is a phony ghost hunter who doesn’t believe in ghosts but does believe in dirty deeds done dirt cheap.

In No Vampire, No Happy Ending vol. 2 (Shinya Shinya) Arika tries to teach beautiful airhead Divo how to be the undead man of her dreams. A dark fairytale set in a steampunk world of magic and monsters, The Witch and the Beast vol. 2 (Kousuke Satake) will entice and entrap manga readers looking for their next fantasy action fix!