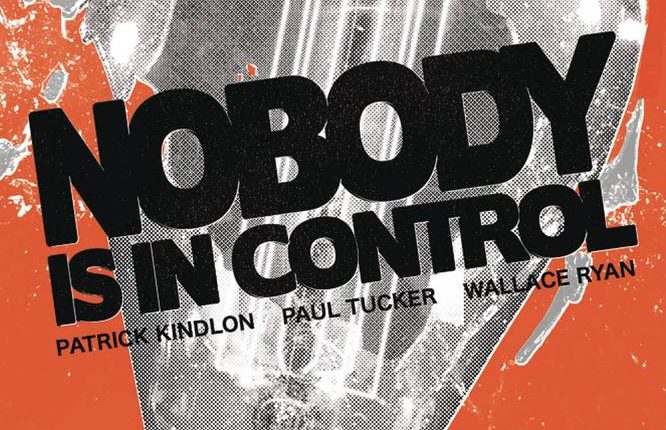 There’s trouble under the high seas as Black Manta and his mob take on the forces of Atlantis, just as Queen Mera goes in to labour in Aquaman vol. 3 (Kelly Sue DeConnick, Kyle Higgins, Vita Ayala, Matt Ryan, Victor Ibanez, Robson Rocha, Daniel Henriques) and in Batman: Curse of the White Knight, the explosive sequel to the critically acclaimed blockbuster Batman: White Knight, The Joker recruits Azrael to help him expose a shocking secret from the Wayne family’s legacy – and to run Gotham City into the ground!

It’s back to the old stomping grounds in John Constantine: Hellblazer vol. 1 (Si Spurrier, Aaron Campbell), but a lot has changed since John left and he’ll need all his smarts to get out of a deal with a gang-leader and an exorcist gone wrong, and you can revisit a classic in the form of New Teen Titans: The Judas Contract tp (Marv Wolfman, Dick Giordano, Mike DeCarlo, Romeo Tanghal, George Perez)

The Marvel Universe has been changed forever (again) and we now enter the Marvel Space Age with the conclusion of this summers event and the publication of Empyre: Aftermath: Avengers (Al Ewing, Valerio Schiti). Meanwhile back on earth there’s a whole new beginning for a kaiju fighter in The Rise of Ultraman #1 (Kyle Higgins, Mat Groom, Francesco Manna, Michael Cho).

First appearing in Guardians of the Galaxy, one thing Wraith has made perfectly clear is that he’s hunting Knull, the God of the Symbiotes, and his story continues in Web Of Venom: Wraith (Donny Cates, Guiu Vilanova) as he meets his match on the edges of the universe!

Adapted from Dan O’Bannon’s 1976 writing, Alien: Original Screenplay (Cristiano Seixas, Guilherme Balbi) is exactly what you would expect from that title, in a new five part mini-series. When a discovery turns our understanding of history upside down, Arkworld #1 (Josh Blaylock, Travis Hymel) tells of a couple who abruptly find themselves swept-up in a deep state conspiracy that threatens their world.

It’s time to party on as an official movie prequel drops in the form of ﻿Bill and Ted Are Doomed﻿ (Evan Dorkin, Roger Langridge) and the pair decide to take Wyld Stallyns on a world tour. Speaking of international journeys, Cyberpunk 2077: Trauma Team (Cullen Bunn, Miguel Valderrama) is the story of the sole survivor of a failed international rescue mission, who is sent back out into the field.

Can an international assassin reinvent herself as a superhero when her cover is blown? I mean, sure Natasha Romanoff managed it… but find out if that works twice in new indie title Dual Identity #1 (Elaine Lee, Jonathan Lam). Lady Mechanika vol. 6 (Marcia Chen, Joe Benitez, Martin Montiel, Brian Ching) finds our hero entangled in a dangerous situation which seems to have unexpected ties to her own past.

Hang out with the nicest kids in town in Archie & Friends: Geeks & Games #1 (Francis Bonnet, Pat & Tim Kennedy) as the get hooked on the latest video game craze Forknite, and meet Archie’s new – unusual – pet. Speaking of gaming there is also the hardcover edition of Goosebumps: Download and Die! (Jen Vaughn, Michelle Wong) in which three friends find a phone with the latest and greatest technology and apps, but is this killer find too good to be true…?

Which is worse, fronting an illegal money laundering operation based in a 90’s shopping centre or… high school? Find out in The Mall trade paperback (Don Handfield, James Haick, Rafael Loureiro). Then Rolled and Told vol. 2 (M. K. Reed, Katie Green, Carolyn Nowak, Maia Kobabe) provides hours of pick-up-and-play campaigns designed both for players new to tabletop role playing and for those who have played for years

Time, fuel, and hope are running out as we head towards the Mexican border in Death Or Glory vol. 2 (Rick Remender, Bengal), and also on the run is Ma Reynolds in Firefly: New Sheriff In Verse (Greg Pak, Lalit Kumar Sharma, Davide Gianfelice, George Kambadais) as Mal finds out he’s not the most wanted man around.

After a perilous journey across the northern sea, Aydis has reached the godlands in Heathen vol. 3 (Natasha Alterici, Ashley Woods) and is ready to face Odin. Meanwhile a man tries to help a stranger but instead finding himself drowning in an age old conspiracy in Nobody Is In Control (Patrick Kindlon, Paul Tucker).

It’s the crossover you never knew you needs, in Outer Darkness / Chew (John Layman, Rob Guillory, Afu Chan), as Tony Chu winds up aboard the starship Charon thousands of years in the future.

Terry Moore has pulled together all of the disparate elements of his writing career into one epic tale in Five Years omnibus (Terry Moore), as Tambi, Katcho, Rachel etc pull together to stop the world’s nuclear powers, who are in a five year race to build the Phi bomb, an apocalyptic weapon that can destroy the planet.

Telling the tale of the famed Atlantic crossing, Amelia Earheart: This Broad Ocean (Sarah Stewart Taylor, Ben Towle) is an all new OGN. An earth-born chef gets to enter an intergalatic cooking competition in Space Battle Lunchtime (Natalie Riess), but that means shooting on location… a spaceship!

Based in the Night Realm, The Weirn Books (Svetlana Chmakova) are set in a world where shifters, vampires, weirns, and other night things passing for human may prowl the streets, but school is still in session and you still have to do your homework! Meanwhile two friends try to do a favour that doesn’t go as well as they hoped in Owly: Just A Little Blue (Andy Runton).

Manga fans can dive into a Venetian-inspired city on Mars in Aria omnibus vol. 1 (Kozue Amano) as lead character Akari Mizunashi aims to learn the trade of gondolier. Danganronpa Another Episode: Ultra Despair Girls (Hajime Touya) is the missing story that goes between the original Danganronpa: The Animation manga and the recently published manga series Danganronpa 2: Ultimate Luck and Hope and Despair. Meanwhile in No Vampire, No Happy vol. 1 (Shinya Shinya) Arika is what you could charitably call a vampire “enthusiast.” who is about to meet her ultimate fantasy.

Back on the shelves is Toilet Bound Hanako Kan (Aidalro), about a wish-granting demon said to occupy the third stall of the third floor girls’ bathroom in the old school building and in Yuri Bear Storm vol. 1 & 2 (Kinago Ikunigom) a schoolgirl discovers that there is more to her dreams – and her classmates – than she ever imagined!