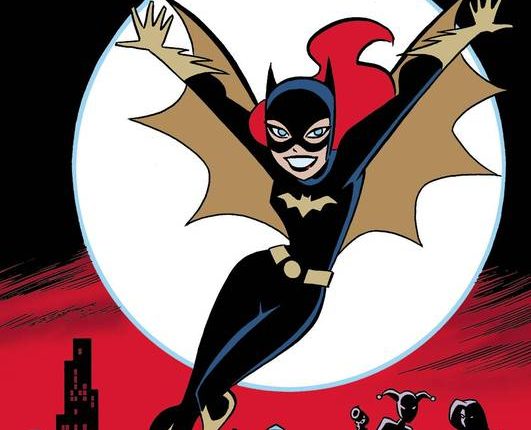 It’s a fairly light week for new titles this week, but there are plenty of good looking new books for you to choose from regardless.

Lets kick off with Marvel this week, and there is Scream: Curse of Carnage (Clay McLeod Chapman, Chris Mooneyham, Garry Brown) telling the story of a new symbiote, and Peter Porker: The Amazing Spider-Ham: Aporkalypse (Zeb Wells, Will Robso) which frankly needs no further explanation.

Get the ultimate Star Wars action figure collection – in one single, giant-sized comic book! Star Wars Action Figures Variant Covers (John Tyler Christopher) does exactly what you would expect, with 100 of the best covers in a full size collectors issue.

From DC there is a new collection of Babs stories in Batgirl Adventures: A League of Her Own (Paul Dini, Ty Templeton, Scott Peterson, Rick Burchett, Tim Levins) which contains previously uncollected stories inspired by the hit Batman: The Animated Series. Sticking with the ladies, and for younger readers, there is Lois Lane and the Friendship Challenge (Grace Ellis, Brittney Williams) a new story about 13-year-old Lois Lane as she navigates the confusing worlds of social media and friendship.

Indie-wise, and billed as being for fans of Once & Future and Undiscovered Country, Seven Secrets #1 (Tom Taylor, Daniele di Nicuolo) is a new series  about seven powerful secrets – words, wonders, weapons, and worse – with the power to change the world…

When men become giant monsters hellbent on destroying the world, only girls can stop them – Big Girls (Jason Howard). Meet Ember – she writes poetry, loves to read, and she’s a 300-foot-tall full-time monster killer! She and the other big girls are all that stand in the way of our world’s complete annihilation! There’s a fun spooky one shot in the form of Gutt Ghost: Trouble With Sawbuck Skeleton Society (Enzo Garza).

It’s Men In Black meets the Cold War as the trade paperback of Strange Skies Over East Berlin (Jeff Loveness, Lisandro Estherren) hits the shelves, there is a crime masterpiece in the form of Cruel Summer (Ed Brubaker, Jacob Phillips, Sean Phillips) a hardcover collection from the world of Criminal. Then there is nightmare fuel aplenty as the tale of the islanders concludes in Crossed: Wish You Were Here vol. 4 (Simon Spurrier, Fernando Melek).

For manga fans there is Fairy Tale: 100 Years Quest vol. 4 (Hiro Mashima, Atsuo Ueda) in which the guild take on a job no one’s dared take on since their founding more than a century ago. There is also Goblin Slayer vol. 5 (Kumo Kagyu, Kousuke Kurose) and the team seem to be trapped with no escape…

From the creator of One Punch Man comes Mob Psycho 100 vol. 5 (One) whch sees a psychic battle that will pit middle school kids up against adults with money, resources… and powers of their own!

RWBY follows the adventures of bruiser Yang Xiao Long, elegant Weiss Schnee, stealthy Blake Belladonna, and courageous leader Ruby Rose as they protect the world from all manner of monsters!

Finally for manga fans this week there is Toilet Bound Hanako-Kun (Aidalro) which is about a ghost boy bound to a bathroom, not someone that ate too much takeaway curry! And on that note that’s it folks, drop us a comment on what you’re picking up this week, and what we should be checking out!