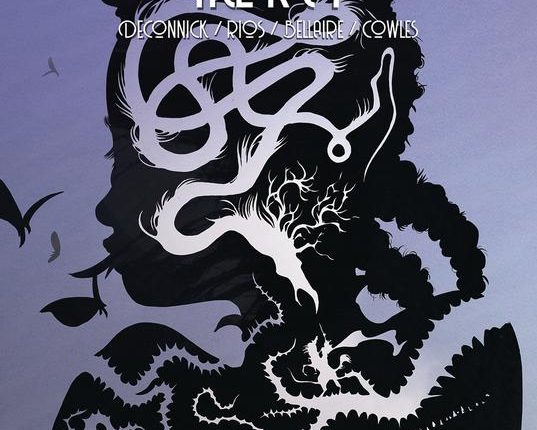 Let’s kick things off this week with a collection of 75 years of comics history this week in Batman Allies: Alfred Pennyworth  (everyone ever), which brings together some of DCs biggest hitter to tell the tales of the Dark Knights ever present manservant. Speaking of the bat-family, Robin: 80th Anniversary (also everyone ever) brings together a wealth of creators to tell tales from all eight decades of the Boy Wonder’s history.

For younger readers there is the latest instalment in the ever popular series DC Superhero Girls: Fierce Competition (Erica David) which sees Wonder Woman, Batgirl and Supergirl team up to take on the super-villain students in an athletics competition.

The House of Ideas are coming out swinging this week, as Jessica Drew returns this week in Spider-Woman #1 (Karla Pacheco, Pere Perez). Marvel Tales: Silver Surfer #1 (Gerry Conway, Roy Thomas, John Buscema, Sal Buscema) giving us a potted history of Galactus’ herald, and Marvels Avengers: Captain America #1 (Paul Allor, Georges Jeanty) which pits America Hero again Batroc in a prequel to the forthcoming game. In Outlawed #1 (Eve Ewing, Kim Jacinto) the world has had enough of super-powered teenagers, and is cracking down on them with world-altering consequences.

You can delve into the past with the History of the Marvel Universe (Mark Waid, Javier Rodriguez) treasury edition, and the history of the mutants is changed forever in the House of X / Powers of X trade collection. Bruce Banner is just getting started – but you’d better hope he doesn’t start on you – in Immortal Hulk vol. 6 (Al Ewing, Joe Bennett). All good things must come to an end, and the epic tales started in Thor: God of Thunder concludes this week with the trade release of King Thor (Jason Aaron, Esad Ribic, more) which is truly the end of an era.

Waging war between heaven and hell this week is Archangel 8 #1 (Michael Moreci, C. P. Smith, Snakebite Cortez), which brings to light a new soldier in the eternal war between good and evil. If you fancy something a little more earth-bound, there is Artemis and Assassin #1 (Stephanie Phillips, Meghan Hetrick, Francesca Fantini) which pits a time-traveller against a spy in 1944 each intent on offing the other. It’s steampunk Moby Dick with dragons in Dragon Whisperer #1 (Alex Deluca, Glen Fernandez), while in Starship Down #1 (Justin Giampaoli, Andrea Mutti) everyone is conspiring again a scientist trying to discover the secret of an alien ship buried under ice for thousands of years: the Vatican, the Russians, the media!

Red Border #1 (Jason Starr, Will Conrad, Ivan Nunes) sees a couple escape Mexican drug cartels by crossing the Texas border, only to find something much worse, while murder is on the menu in Hotell #1 (John Lees, Dalibor Talajic), the story of a motel on Route 66 where plenty check in, but few leave…

It’s a return to the world of Giant Days this week, as everyone’s favourite child detective Charlotte Grote gets her chance to shine in Wicked Things #1 (John Allison, Max Sarin)

There is inter-dimensional comedy from two of comics greats in X-Ray Robot #1 (Mike Allred, Laura Allred) which sees a man make the mistake of looking for s more interesting life! In a bold move from two legendary creators, a new universe of superheroes is created in The Resistance #1 (J. Michael Straczynski, Mike Deodato) which sees a global disaster leaving millions dead, and many more changed…

As beautiful as it is brutal, Maus (Art Spiegelman) is a must read for all comics fans, and this week we see the 40th anniversary boxed set hit the shelves. The Cayrels Ring hardcover collection (Shannon Lentz, Alchemichael, Simon Roy, Farel Dalrymple) is a scifi story looking at a galaxy colonised thousands of years before that is still releasing secrets, and in Chrononauts vol. 2 (Mark Millar, Eric Canete) everyones favourite time-travelling physicsts try to uncover the secrets of the future, with reliably disastrous consequences.

The reapers have moved to 1930s Hollywood in the acclaimed Pretty Deadly: The Rat (Kelly Sue DeConnick, Emma Rios) which merges art and story in a way never before seen. Trees vol. 3 (Warren Ellis, Jason Howard) opens with a dead body at the foot of one of the alien structures, and escalates from there!

Answers may finally be found in Oblivion Song vol. 4 (Robert Kirkman, Lorenzo De Felici)  plus there is urban fantasy in the form of Nomen Omen vol. 1 (Marco B. Bucci, Jacopo Camagn) which sees a New York teen take on otherworldly terrors in an effort to escape the demons of her past.

You can take a look at the darker side of life in Kevin Eastman: Totally Twisted Tales vol, 1 (Kevin Eastman, Simon Bisley) while Mega City One is in trouble in Judge Dredd: Mechanismo – Machine Law (John Wagner, John McCrea), the latest installment in the long running series from two legendary creators. Presenting a whole new spin on shooting for the stars is hilarious space-romp Money Shot vol. 1 (Sarah Beattie, Tim Seeley, Rebekah Isaacs), which gives us a whole new reason to head for space this week.

Manga wise there are a host of books hitting the racks this week, including JoJos Bizarre Adventure vol. 4 (Hirohiko Araki), Devil Is A Part-Timer vol. 10 (Satoshi Wagahara) in which the devil is stuck in human form, and One Punch Man vol. 19 (One, Yusuke Murata) in which the Hero Association pushes forward with its operation to rescue Waganma. Mod Psycho 100 vol. 4 (One) is by the same legendary creator, and sees brotherly rivalry take on a whole new – psychic – level.

Then there is Dragon Ball Super vol. 8 (Akira Toriyama, Toyotarou) featuring the greatest warriors from a wealth of universes, and Parallel Paradise vol. 1 (Lynn Okamoto) in which a women’s world of sword and sourcery summons a human man by mistake! Finally Demon Slayer Kimetsu No Yaibagn vol. 11 (Koyoharu Gotouge) sees Tanjiro taking on the toughest challenge yet.