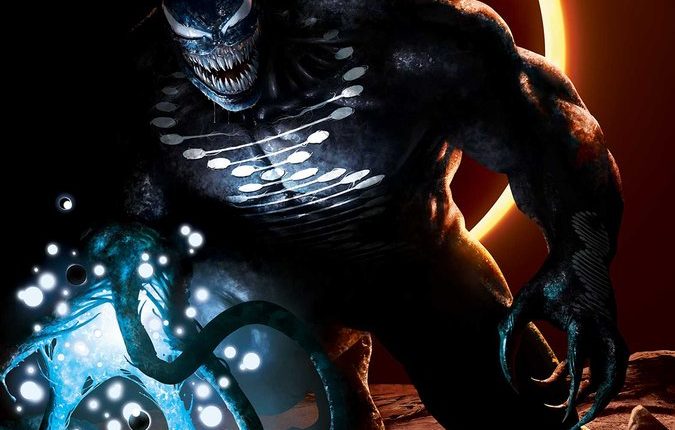 Eddie Brock is doing his best Dr Who in Venom: The End (Adam Warren, Chamba) as he travels through time to the end of everything in the final Venom story! Until the next one…

Speaking of symbiotes, Marvel are collecting together more of their summer event this week with the release of Absolute Carnage: Immortal Hulk and Other Tales (Al Ewing, Filipe Andrade, more) which sees the posthumous return on General Ross, aka the Red Hulk, and in Absolute Carnage: Miles Morales (Saladin Ahmed, Jed MacKay (A) Federico Vincentini, Stefano Raffaele) this Spider-Man has to take on Carnage and friends in New York City.

Following on from the events of Absolute Carnage, Marvel Tales: Ravencroft #1 (J. M. DeMatteis, Tom DeFalco, Dan Slott, Sal Buscema, Ron Lim, Stuart Immonen) sees a whole slew of creators taking readers to the titular Institute for the Criminally Insane, with a wealth a villains to be found in it’s pages, and one of them gets his time to shine in Ruins of Ravenscroft: Sabretooth #1 (Frank Tieri, Guillermo Sanna, Angel Unzueta).

Iron Man 2020 #1(Dan Slott, Christos N. Gage, Pete Woods) 1 is the start of a new six-parter looking at the danger of Artificial Intelligence, and everyone’s favourite PI is back in Jessica Jones: Blind Spot (Kelly Thompson (A) Mattia De Iulis), the first time in print for this digital original that – just for a change – sees Jones life falling apart around her.

Meanwhile Marvels Spider-Man: The Black Cat Strikes #1 (Dennis “Hopeless” Hallum (A) Luca Maresca) gives us an insight into the reationship between Peter Parker and Felicia Hardy, and if you fancy something with a more magical bent, there is John Constantine: Hellblazer vol. 22 (a ton of folks) , in which the erstwhile magician decides that seducing a 2000 year old demon is a good idea. What could possible go wrong?!

DC are making the most of their potential summer blockbuster by releasing Birds of Prey: Black Canary (Brenden Fletcher, Matthew Rosenberg, Annie Wu, Pia Guerra, Sandy Jarrell, Moritat, Wayne Faucher), which sees rockstar Dinah travel from Gotham to Europe to unearth the secrets of her past. There is also Crisis In Infinite Earths: Giant #1, which has 24 pages of reprints and new stories about the end of the Multiverse!

They also have Green Lantern: Legacy (Minh Le, Andie Tong) in which a young boy inherits his grandmother jade ring, and finds out that there is more to it than meets the eye.

We head to rural Pennsylvania in White Ash (Charlie Stickney, Conor Hughes) where a man tries to escape the drudgery of his mining home, but discovers there is more the town than he ever thought possible, and Rom: Dire Wraiths #1 (Chris Ryall, Guy Dorian, Sal Buscema, Luca Pizarri) returns readers to the world of Rom, by way of a moon landing with poentially dire consequences.

Killer Groove vol 1. (Ollie Masters, Eoin Marron)  is the tale of Johnny, trying to find his way in the world of rock’n’roll but accidentally ending up on the wrong side of the Mob, and Over My Dead Body (Jay Faerber, Simone Guglielmini, Gigi Baldassini) heads over to the Near Death comics universe to give us the tale of a prison warden using the skills of his most notorious prisoner to rescue his daughter from a doomed relationship.

The vampires are back in Redneck vol 3 (Donny Cates (A/CA) Lisandro Estherren) and things have reached the lowest point for the family of bloodsuckers, who have to ask the worst possible people for help. Speaking of low points, nothing is ever too low for the eponymous character in Tank Girl Full Colour Classics 1993 – 1994 (Alan Martin, Jamie Hewlett) which is the first time these classic tales have been printed in full colour.

Speaking of classic tales Savage Sword of Conan  (Meredith Finch,  Luke Ross, more) collects a seies of stories about the wandering barbarian and his various foes. Expect lots of fur-clad warriors and conveniently placed loin cloths! Finally for indie trades this week, on-going series Courtney Crumrin (Ted Naifeh) receives it’s sixth – and penultimate – volume this week, which sees Courtney on the run and trying to enter an area she can’t be followed in to – or can she…?

You can return to Thedas again this week, with the release of Dragon Age: Blue Wraith #1 (Christina Weir, Nunzio Defilippis, Fernando Heinz Furukawa) a new three part mini-series following the adventurer Fenris, and in Rising Sun #1 (Ron Marz, David Rodriguez) clans of warriors take on dragons and monsters to defend their homeland.

Thanks as always go to CGC Emporium for sponsoring this post! Now in their new store at 66 North Street, Chichester